EL-ARISH, Egypt (AP) — Egyptian security officials say gunmen have shot dead a Christian man in the turbulent north of the Sinai Peninsula, the latest attack to target members of the country’s Christian minority.

The officials said three masked gunmen carried out the attack and identified the victim as 35-year-old Bassem Attallah.

They spoke on condition of anonymity because they were not authorised to speak to the media.

No group claimed responsibility for the Saturday attack, which bore the hallmarks of Islamic State militants, who are spearheading a yearslong an insurgency in northern Sinai.

IS has repeatedly targeted Egypt’s Christians, killing more than 100 in a series of deadly bombings and shootings since December 2016. The latest attack was last month, when a gunman opened fire outside a church in Cairo, killing nine people.

These school dinners from across the world look amazing and healthy 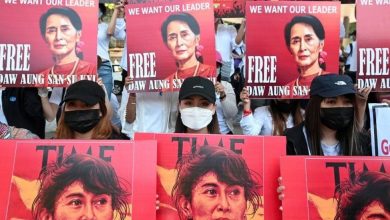