President Donald Trump blamed a looming government shutdown on Democrats, arguing that they wanted to distract from the positive news about tax reform.

“The Democrats want to see a shutdown to get off this subject because this subject is not working for them,” Trump told reporters on Thursday. “The tax cuts and tax reform has not been working well for the Democrats.”

The president hosted an event in Pennsylvania to promote the economic benefits of the tax cut package.

A House bill to fund the government for four additional weeks passed on Thursday night with a 230-197 vote. Senate Democrats signaled that they oppose the measure.

House Speaker Paul Ryan celebrated the vote but warned that Senate Democrats would try to block the funding measure.

“The only people standing in the way of keeping the government open is Senate Democrats,” Ryan said. “They fully intend to shut down the government unless they get their way.”

On Friday, Trump said that Democrats were prepared to shut down the government over illegal immigration and refusal to build the wall.

“Government Funding Bill passed last night in the House of Representatives. Now Democrats are needed if it is to pass in the Senate – but they want illegal immigration and weak borders,” he wrote on Twitter. “Shutdown coming? We need more Republican victories in 2018!”

This correction was so bizarre – it needed to be corrected 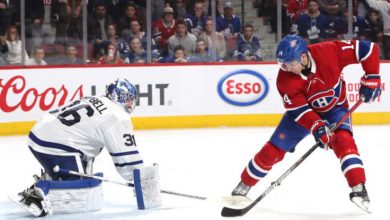 Canadian division will be excellent for the game