Get the inside scoop on life in France with this list of the best YouTube channels about la vie française in English.

If you search for YouTube videos about life in France, you’ll most likely see tons of travel guides and spots about studying abroad.

Hidden beneath all that, however, you’ll find some insightful and entertaining videos from vloggers who are here for the long haul.

Check out eight of our favourite YouTube channels about la vie française – in English, of course.

Writer, teacher and occasional bicycle tour guide, Jay has been creating daily videos about his life in Paris for over 530 days. Catch him visiting his favourite cafés and spots around town, while sharing his hopes, dreams and his eternal struggle with the local prefecture. Beautifully edited with hilarious custom intros, his vlogs can easily become addictive.

American Patricia came to France, fell in love and never left (yep, that old story). Now living in Montpellier, the mum-of-two shares anecdotes and experiences following the classic France vs. US theme, along with vlogs about motherhood and life in France. She also runs a separate channel in (impeccable) French, which focuses more on beauty, fashion and the US.

Now in France for just over a year, Andrea documents all the ups, downs and discoveries that come with starting a new life in a new city. Her vlogs feature her language-learning journey and first impressions about all things French (occasionally with her mec playing the role of teacher). An avid writer and reader, she’s also a great one to follow for any bookworms.

The only native on the list, Géraldine gives viewers a crash course on how to speak everyday French with helpful phrases, tips and expressions. However if you already speak the lingo, she also gives great introductions to the country’s traditions and customs, alongside handy tips to help you avoid any French faux pas.

Rosie covers all the classic expat themes delivered with a healthy dose of down-to-earth kiwi humour. Expect vlogs about cultural shocks and differences, life hacks and basic language tips. Some of her best videos try and get to grips with topics that we expats can only ever dream of fully understanding, like why French people don’t get fat.

Also shown on Canal+, comedian Paul Taylor’s videos cover French current affairs in his signature baffled Brit style. However the real stars of his channel are his older What The Fuck France spots, which take a tongue-in-cheek look quintessential parts of French culture including les terrasses, le doublage and les parisiennes. And don’t miss the video that made him famous, la bise.

Warm, welcoming and easy-to-watch, Cheryl’s videos follow her move to Paris and subsequent integration into expat life. Alongside all the classic cultural difference videos, you’ll find useful tips on things like finding an apartment, making friends and working abroad. She also does a great ‘Expat Chats’ series, interviewing everyone from mums and freelancers to artists and opera singers.

Long-time resident Rachael’s channel is perfect for practical, in-depth advice about living in France. Her back catalogue of videos covers all-important topics like finding a job and getting a French driving license. Inactive for a while, she’s recently come back online with new videos about local travel and learning the language via children’s stories. 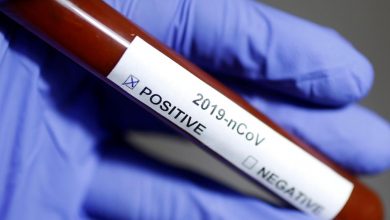 French Alps set for ‘black’ Saturday on the roads