wp booster error:
The path /home/monacoweekly/public_html/wp-content/themes/Newsmag/single_template_5.php of the single_template_5 template not found. Did you disable a tagDiv plugin? COVID-19: Airlines under fire over selling cheap tickets for flights later cancelled - Monaco Weekly 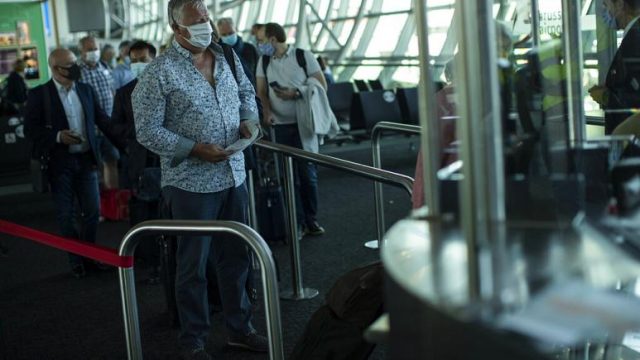 Airlines have defended the decision to sell tickets for flights that are cancelled days later as the coronavirus pandemic continues to devastate the aviation and tourism sectors.

Test Achats, a network of consumer organisations in Europe and Latin America, has claimed that airlines are selling cheap tickets for flights that are later cancelled in a desperate attempt to improve liquidity after months of lockdowns across Europe and the world.

Jean-Philippe Ducart, Head of Public Affairs and Media Relations at the association, told Euronews that consumer groups had received dozens of complaints about the process.

“There are two things to note: the prices were very low and then the flights were cancelled. And when they were rescheduled, the price was multiplied by 50 or 100. This is a strategy for obtaining cash flow,” he said.

Euronews contacted some of the companies that have received complaints, including Tui, Ryanair and Brussels Airlines.

TUI confirmed that some flights have been cancelled and others regrouped in nearby destinations to prevent planes from flying practically empty, but denied that it was a commercial strategy.

“We are going to refund, so the liquidity will not stay a lot of time. On top, they have already paid and will get another ticket for the same destination,” said TUI Belgium’s Piet Demeyere.

In a statement, Brussels Airlines acknowledged that a lack of demand had forced the cancellation of some flights, but insisted that flights can be rescheduled for another date at the same price.

Meanwhile, the European Commission said it has already started receiving complaints about the problem. It stressed that passengers are entitled to refunds of flights – despite airlines offering vouchers as an alternative – and that it was willing to enforce the entitlement if needed.

“It is the right of the passenger to reimbursement or a voucher. We will go to open infringement cases against member states if needed,” said Didier Reynders, European Commissioner for Consumer Rights.