A French court has upheld a decision by a Parisian hospital to sack an intern over his refusal to trim his beard, ruling that facial hair in a secular environment might be interpreted by staff and patients as a religious symbol.

The case dates back to 2013-14, when Mohamed A, a medical student at the Egyptian University of Menoufia, became an intern in the department of general, visceral and digestive surgery at the Saint-Denis medical center in France. In February 2014, four months into his internship, the 35-year-old Egyptian native was sacked after he refused repeated management requests to trim his beard.

According to the court documents, the hospital feared that the beard was "perceived by staff members as a sign of religious affiliation."
Refusing to back down, the intern asked the anti-discrimination group, the Collective Against Islamophobia in France, to intervene in the case.

On December 19, 2017, the Administrative Appeal Court of Versailles ruled that while having facial hair in a hospital does not constitute an offense, the meaning behind a beard might be interpreted as overtly religious to some patients and staff members.

Ruling that the Egyptian practitioner "breached his obligations with regard to respect for secularism and the principle of neutrality of the public service," the court found that the termination of the doctor's traineeship agreement was "legally justified."

The doctor's lawyer, Bawel Gafsia, told Le Figaro that her client was going to appeal the ruling. “It was the personal judgment of the director of Saint-Denis Hospital that posed a problem,” she said. "We do not even know what religion we are talking about, my client could have been a hipster." 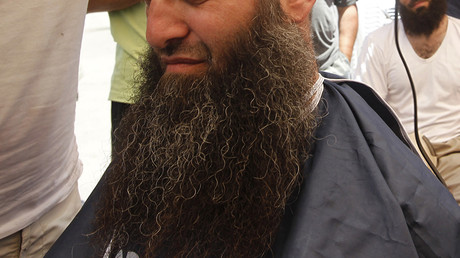 Gafsia also revealed that her client had "finally managed to do his internship at the Paul Brousse, Villejuif hospital [in a suburb of Paris], where his 5 centimeters posed no problem to anyone."

"His name is Mohamed. [If] his name were Lionel Dupont, [and] he had an even bigger beard, it would not be a problem," the lawyer said in a separate interview with FranceInfo. "It is the Muslim who is suspect by nature. For me, it is a completely discriminatory, racist decision."

Racial and religious scrutiny across France and other parts of the European Union has intensified in recent years following a spate of Islamist attacks across the continent. In November, the right-wing Danish People's Party said that doctors sporting full beards should not be allowed to practice in hospitals, arguing that facial hair is a clear manifestation of the Islamic faith.

A court in Bobigny in the northeast suburbs of Paris is expected soon to rule on a case concerning four security officers at Orly airport. The officers were dismissed for their refusal to shorten their beards just after the Paris terrorist attacks of November 13, 2015, which killed 130 people.

New album from late Swedish superstar Avicii on the way

The night that changed my life: Suzanne Moore on her daughters coma