Italy recorded its highest daily COVID-19 death toll in nearly six months on Tuesday as Hungary and the Netherlands tightened restrictions to further in an effort to combat the virus.

According to figures from the Italian health ministry, 353 people died from COVID-19 in the country in the previous 24 hours — the highest daily increase since May 6.

More than 39,400 people have now lost their lives in the pandemic in the southern European country, while the number of infections recorded grew by 28,244 to nearly 760,000.

In the Netherlands, the government said the partial lockdown imposed three weeks ago is starting to pay off with the number of infections going down by 5 per cent week on week to just over 64,000 recorded over the past seven days.

The weekly death toll has, however, increased to 435 from 329 previously, prompting the government to announce further restrictions for the next two weeks, including a ban on public meetings of more than two people not in the same family.

More than 7,450 people have died from COVID-19 in the Netherlands and a further 367,700 have been infected, according to the European Centre for Disease Prevention and Control (ECDC).

Hungary’s Prime Minister, Viktor Orban, also announced that a new state of emergency would be introduced at midnight. He said lawmakers would be asked to extend it to 90 days.

Other measures announced by Orban include a nighttime curfew from midnight to 5am, the mandatory use of face masks and new restrictions on sports and cultural events.

“The spread of the pandemic has accelerated,” he said in a Facebook video. “By the middle of December, our hospitals will reach the limit of their capacity.”

“We are going in the wrong direction. The situation is very serious,” Swedish Prime Minister Stefan Lofven said. “Now, every citizen needs to take responsibility. We know how dangerous this is.”

Contrary to other European countries, Sweden opted not to impose a national lockdown in the spring. The new measures kicking in on Tuesday include limits on capacity in restaurants and cafés with a maximum of eight people at any table.

In Russia, more than 18,000 daily coronavirus cases were recorded for a fifth straight day on Tuesday.

The country currently has the world’s fourth-largest coronavirus caseload of 1.6 million but authorities have resisted a second lockdown or shutting down businesses despite reports about overwhelmed hospitals, drug shortages and inundated medical workers.

In Britain, the government has announced plans to trial a new citywide coronavirus testing programme in Liverpool, offering regular testing to everyone who lives and works in the city of 500,000 in an effort to slow the spread of the virus.

Liverpool has one of the highest infection rates in England, with more than 410 cases per 100,000 people.

The UK is Europe’s most heavily-impacted country with its death toll growing by 397 on Tuesday — the highest one-day increase since late May — to reach over 47,250 COVID-19.

The upsurge in cases has prompted the government to announced a second national lockdown in England, which will come into force on Thursday.

Across the Channel, France, which has been under its own second national lockdown since Thursday, recorded more than 400 deaths for the second day in a row on Tuesday, bringing the death toll to 36,330. 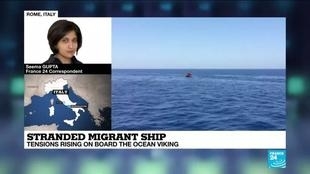