With far-reaching plans for more controls and regulations, Federal Minister  of the Interior Nancy Faeser (SPD) has turned the associations of hunters and shooters against her. They receive support from the FDP. She says that the changes in gun law planned by Faeser are not in the coalition agreement.

Hunters, shooters and arms dealers accused Faeser of “actionism” in a joint statement a few days ago. They claim that their plans to ban certain semi-automatic weapons and introduce additional licensing requirements will ultimately not lead to more safety at all. The FDP sees it similarly. The Liberals demand that the consequences of the gun law reform of 2020 in practice be thoroughly examined. On the grounds that this examination is still pending, the FDP has now stopped the initiation of the formal departmental vote, in which the other ministries can express their opinion on the proposals of the Ministry of the Interior.

Faeser, who sees her draft as a contribution to disarming extremists, is not giving up just yet. The Greens are also fully behind the project, which they believe should be even more ambitious. “Even if the FDP has now objected to the sending of the draft, in my view the project is not yet buried,” says Marcel Emmerich, chairman of the Greens parliamentary group in the Bundestag’s interior committee. He still sees a need for legal action at various points in gun law.

What Exactly is it About

But what exactly is in the plan that is met with such fierce resistance from many owners of legally purchased guns? Anyone who wants to own weapons that require a permit in Germany already has to prove that they are knowledgeable and reliable. In addition, he or she must credibly explain why the gun should be purchased, for example for hunting or because someone shoots regularly in a club. With this so-called needs test, Germany differs from the USA, for example.

If the applicant is under 25 or if there are doubts about his suitability, a medical certificate or a psychological certificate must also be submitted. In the future, this provision is to be extended to all those applying for a permit for the first time.

The weapons authority should also be able to demand such an expert opinion if there are findings about someone who already owns legal weapons that raise doubts about their suitability. Behind this consideration is also the case of the assassin, who murdered nine people in Hanau in February 2020 for racist motives and then shot his mother and himself. The man had contacted the authorities several times and presented confused theories, but he did not lose his gun license.

If the Federal Minister of the Interior has her way, the number of authorities from which the weapons authority obtains information about an applicant should also be expanded. In addition to the local police station and the Office for the Protection of the Constitution, the health department, the Federal Police and the Customs Criminal Police Office should also be asked whether there is anything against a certain person owning weapons. In addition, people without a gun license should only be allowed to shoot at shooting ranges with certain weapons. Private individuals should no longer be allowed to own semi-automatic weapons that look like weapons of war. Even now, however, such semi-automatic rifles that look like this have to be submitted to the Federal Criminal Police Office for testing. A so-called assessment notice then certifies – or not – that it is not a war weapon.

According to the plans from the Federal Ministry of the Interior, the so-called small gun license including proof of competence will be required in future for the purchase and possession of alarm guns, irritant gas guns or signal weapons. A small firearms license is also to become a requirement for crossbows.

Reich Citizens Must be Consistently Disarmed

Overall, the control obligations of the responsible weapons authorities are expanding, which is why the draft by the Ministry of the Interior also predicts a not inconsiderable additional financial and time burden for the administration. Some of the concerns raised by the FDP also relate to this. Group Vice President Konstantin Kuhle says: “Enemies of the constitution and so-called Reich citizens must be disarmed quickly and consistently.” The coalition agrees on this goal. “However, the plans from the Federal Ministry of the Interior do not contribute in any way to achieving this goal,” he believes.

Arms could be withdrawn from extremists on the basis of existing law. “However, the local weapons authorities often lack the time and the staff to apply the applicable law,” Kuhle points out. In fact, there are places where many years can go by without anyone even stopping by to see if a gun owner is storing them properly in a gun cabinet or in the nightstand drawer.

Kuhle fears that if the tasks of the weapons authorities were expanded further, the focus on problematic cases might be lost. “In the end, the weapons authorities can no longer see the forest for the trees,” says the FDP politician, who is a marksman himself. He says: “Therein lies the danger of an endless expansion of the so-called small gun license.”

Greens chairman Emmerich also sees risks here. He says: “Of course there are also problems in the execution.” However, these could be resolved in discussions with the federal states and local authorities. Financial support from the federal government may also be necessary here.

The left-wing faction expressly supports the interior minister’s idea of phasing out semi-automatic weapons that are similar to weapons of war, or of requiring the owners to modify the weapon accordingly. The chairwoman of the parliamentary group in the interior committee, Martina Renner, also advocates a ban on alarm guns. She says: «Owning these weapons and trading them should no longer be allowed as a matter of principle, because they only serve one purpose, to scare other people. I’m wondering what professional handling should be in this case.”

This article is originally published on mt.de 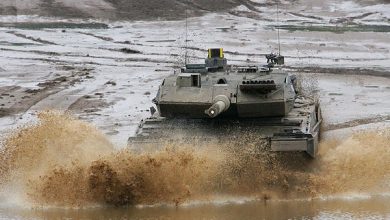 45 years ago .. Operation “Black September” changed the course of the Munich Olympics 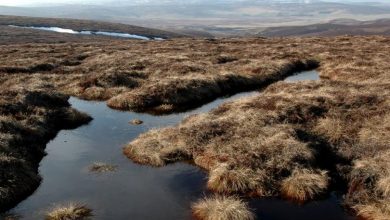