Large-scale distribution of the drug could save millions of lives in a region where one in nine children dies before age 5, according to the United States Agency for International Development. The study, published Wednesday in The New England Journal of Medicine, looked at 1,355 randomly assigned communities in three countries spanning the continent: Malawi, Niger and Tanzania.In about half of these communities, nearly all children aged 1 month to 5 years were given 20 milligrams of azithromycin, five times, over a two-year period. The other half of the communities received a placebo. After the study period, mortality rates among the children given azithromycin were 5.7% lower in Malawi, 18.1% lower in Niger and 3.4% lower in Tanzania, when compared to those children given the placebo. The findings could help accelerate progress towards meeting the United Nations' goal of ending preventable childhood deaths worldwide by 2030, according to Dr. Jeremy Keenan, director of international programs at the Francis I. Proctor Foundation at the University of California, San Francisco (UCSF) and a lead author on the study. "The study shows we can prevent young children from dying with a simple intervention," Keenan said in a UCSF press release. "We could scale our newly studied intervention to reach millions of vulnerable children in resource-poor countries, in much the same way that trachoma programs, which give children and adults a single dose of azithromycin each year, have been doing for years."Trachoma, a bacterial infection of the eye, is the leading infectious cause of blindness worldwide. Currently, around 30 countries are distributing azithromycin to those at risk in an effort to help curb the disease, according to The Carter Center. Although the study was not able to identify the precise causes of death in the sample population, the decreased mortality in the treatment group was likely due to drops in malaria, diarrheal diseases and pneumonia, the study states."Azithromycin works against lots of causes of diarrhea, lots of causes of pneumonia, and it also works against the malaria parasite. And unlike a dose of penicillin, which might work against bacteria, this is something that might work against a variety of different things," said Dr. Jeff Griffiths, a professor of public health at Tufts University School of Medicine, who was not involved in the most recent study.The drug's longevity is also thought to play a role in the decline."Azithromycin lasts in your system for a fair amount of time," Griffiths added. "It's not something that you immediately get rid of. It actually stays in your body for a while, so it's a reasonable drug to use for that reason."In the study, the youngest children — those 1 to 5 months of age — achieved the greatest benefit from the drug. Approximately one in four deaths in this age group were likely prevented with prophylactic use of azithromycin, according to the study. "That's hinting that the kids who really benefit are the youngest children and the ones most likely to have these infections and not to have the sort of internal resources to be able to fight them off," said Griffiths. 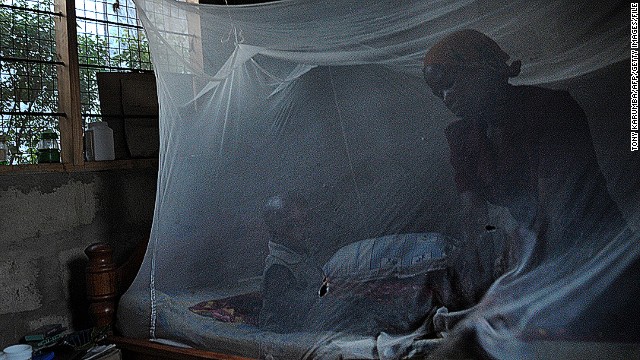 The large number of subjects involved in the study suggests this could be rolled out as a large-scale preventative measure to improve child mortality rates across the continent."People suspected that there was going to be some kind of a benefit and this study really is a major, major contribution," said Griffiths. "The authors really deserve a lot of credit for conducting a study that's large enough to be able to look at this idea."The researchers caution that widespread use of antibiotics such as azithromycin can lead to antibiotic resistance in the future. But previous studies suggest that resistance to azithromycin and other macrolides would not likely result in resistance to other classes of antibiotics, such as penicillins, which are currently used in Africa as first-line treatments for many infections. Azithromycin is currently used to treat a variety of infections ranging from sexually transmitted diseases such as chlamydia and gonorrhea to certain respiratory and gastrointestinal illnesses, according to the Mayo Clinic. It is still unclear how resistance to the drug would affect treatment of these conditions."The potential for resistance will have to be balanced against the potential to save the lives of thousands of young children," said Dr. Thomas Lietman, director of the Proctor Foundation at the University of California, San Francisco and a lead author on the study, in a statement. "Treating only young children may select for less resistance than treating the entire community, as we've done in trachoma programs."Since many countries in the region are resource-poor, the pharmaceutical companyPfizer Inc. — which has previously donated more than 730 million doses of azithromycin, or Zithromax, for the treatment of other diseases in sub-Saharan Africa — provided the drugs for use in the current study. But moving forward, it is still unclear where the large influx of new medications would come from, according to Griffiths."Some of the large pharmaceutical companies, and in this case Pfizer, have a history of donating these kinds of agents to countries where there's a lot of need and not much in the way of resources," Griffiths said. "So one would hope that they would step up to the plate here."