Germany paid €230 million this year to create 20,000 jobs for Syrian refugees stranded in countries like Jordan or Turkey. The measure is said to give people the means for life, but also to prevent them from entering Europe.

Funded by the German government and some NGOs, thousands of Syrians are now engaged in low-paying jobs like waste disposal or street cleaning in host countries such as Jordan, Lebanon, and Turkey, Die Welt reported on Sunday.

This year, Germany sponsored the creation of almost 20,000 new jobs for Syrian refugees in the Middle East, Development Minister Gerd Mueller told the newspaper. According to the official, targeted funding of refugees in host countries – called the Middle East Employment Initiative – might prevent individuals or whole families from sneaking into Europe.

In December, the International Organization for Migration (ION) recorded 170,249 migrants and refugees arriving in Europe by sea in 2017. Just over 70 percent of them landed in Italy, with the rest spread out between Greece, Cyprus, and Spain. The agency said the figure is much smaller compared to the 359,160 arrivals recorded last year.

“No one likes to live permanently on charity,” Mueller said, adding that refugees want to live a “self-determined life” and “have not chosen their fate.”

At this stage, there are 13,000 refugees, or ‘cash workers,’ employed in Jordan’s waste disposal and composting facilities. In Lebanon, 6,000 Syrian cash workers were hired to renovate apartments and clean streets, while in Syria, 25,000 people were paid to help clear the rubble in war-ravaged villages and towns.

Depending on the kind of activity, a cash worker is being paid between 20 to 31 euros per day. The jobs cost the federal budget €230 million, with €180 million available in the coming year, according to the minister.

Berlin has made similar efforts to stem the flow of migrants, which continue to arrive in Germany – Europe’s powerhouse and a prime destination for new arrivals. Earlier this month, the interior ministry said it is offering rejected asylum-seekers money to return to their country of exodus.

Payouts aside, Germany has also launched a myth-busting website that warns migrants about the hardships they could face upon arrival. “You may have heard life is easy, but the reality is different,” the site states, noting that those seeking a better life in Europe would most likely have to “return with no money and have to start from scratch” or “face many difficulties.”

Refugee employment has been an issue in Germany since the start of the migrant crisis in 2015. Last December, the government’s Institute for Labor Research (IAB) found that over 400,000 refugees were jobless in Germany while less than 10 percent were employed. The hopes of many refugees that they will receive well paid jobs are an “illusion,” the IAB chief warned.

Leading Scottish cosmetic expert gets ready to host a masterclass 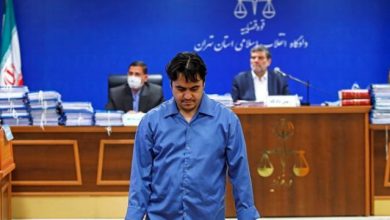