Paris Mayor Anne Hidalgo promised Thursday to get the city's bike-sharing service back on track by May after a change of operator brought the popular system to a near standstill.

The change in functioning of the pioneering 10-year-old Velib system has turned into a fiasco, with just 330 of more than 1,400 docking stationscurrently operational, Hidalgo told France Inter radio.

"I completely agree, this is not working," she said. "I'm turning up the pressure, there will be very heavy penalties (for the new operator), already
more than one million euros ($1.2 million) a month."

Asked when exasperated users would finally have a fully operational system, she said, "I think it will be for the spring, end of April or early May.

When people do get their hands on a bike, "they work very well," she defended.

Smovengo, a startup based in the southern city of Montpellier, pipped the original operator, outdoor advertising giant JCDecaux, for the contract to run
the system when it came up for renewal last year.

It was supposed to have 600 stations working as of January 1, with 20,000 bikes available by end-March, 30 percent of which will be electric.

The city's own engineers and technicians have come to its rescue by assisting in the rollout, which Smovengo has blamed on unforeseen electrical
problems and a legal dispute with JCDecaux.

It also had to try using batteries to power some stations which have proved prone to failure.

Hidalgo dismissed the idea of pulling the contract from Smovengo, saying that such deals with service providers "can't be broken just like that."

But the city has twice fined it one million euros over the delays, and more than 300,000 subscribers have been promised a refund for at least the month of January. 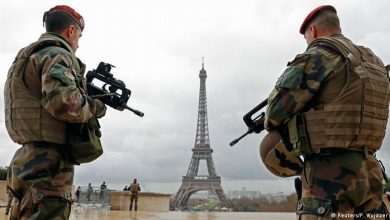