Ministers were gathering in Downing Street for a crucial meeting at which May will learn whether she has done enough to persuade them to back her, in the face of a clamor of dissent from opponents of the deal. May and her top aides spent much of Tuesday evening in a succession of one-on-one meetings with Cabinet members, in an intensive effort to sell the deal to skeptical ministers.As ministers trooped into Downing Street, opponents of the deal — many within her own party — urged them to kill it off.A sign of the peril faced by May came at Prime Minister's Questions in the House of Commons when one of her own MPs, Peter Bone, accused her of "not delivering the Brexit people voted for." In a moment of high drama, Bone said May would "lose the support of many Conservative MPs and millions of voters across the country."The opposition Labour Party leader Jeremy Corbyn, laid into the PM's deal. "After two years of bungled negotiations, from what we know of the government's deal, it's a failure in its own terms," Corbyn said, repeatedly describing the negotiations as "shambolic." He slammed May for offering a choice between a "botched deal and no deal." 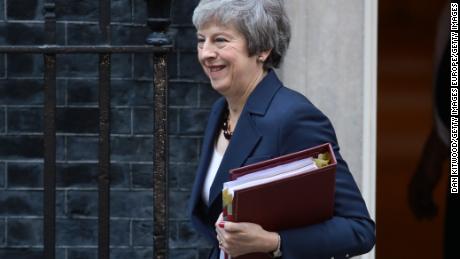 May was bullish, accusing Corbyn of wanting to block Brexit and said she was confident the deal would bring the UK "significantly closer to delivering what the British people voted for in the referendum."Chief among hardliners' concerns is that the agreement will tie the UK to the EU's customs union and parts of the single market free-trade area for years to come, without any say in how the bloc is run. Boris Johnson, a leading Brexiteer who quit Mays Cabinet earlier this year, led the charge. "It is vassal state stuff," he told ITV News on Tuesday evening. "Chuck it out." 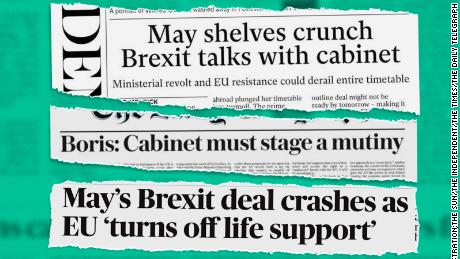 May's Cabinet is deeply divided between hardline Brexit supporters and others who voted to remain in the EU. Downing Street hopes that she has done enough to convince her senior ministers that the draft text fulfills the result of the 2016 referendum and prevent a mass walkout that would imperil the deal.But even if she can get it through her Cabinet, there's no guarantee that she can get it through parliament. The Democratic Unionist Party, whose 10 MPs prop up May's minority government, said it would not support it. Sammy Wilson, the party's Brexit spokesman, wrote on Twitter: "All of the great and the good who were rolled out during the #EURef will be rolled out again in the coming weeks to try and get us to fall into line. We are clear — we will not be voting for this humiliation!"

The conclusion of a draft deal with the European Union on Tuesday was a significant moment for May, ending months of deadlock.Senior officials in the UK and the rest of the EU had issued dire warnings of a no-deal scenario that could devastate the British economy.

But May's victory is only the beginning of what is expected to be a protracted and painful political process. Lawmakers in the UK won the right to a "meaningful vote," which gives them the chance to accept or reject the Brexit deal. They must also vote on the legislation that turns the text agreed with the European Union into UK law.Opponents take particular issue with the part of the agreement that deals with the border between Ireland, which remains in the EU, and Northern Ireland, which is part of the EU. Critics say the border agreement would, at least temporarily, tie the UK to the EU's trading rules without a way out."Without a clean exit clause, the United Kingdom would be handcuffed to the European Union with Brussels holding the keys," said DUP leader Arlene Foster.Ireland's Prime Minister Leo Varadkar said Wednesday that he wanted the Irish parliament to vote on the text of the Brexit deal, providing another potential obstacle for May in getting her deal across the line.If the deal fails to jump the many political hurdles ahead, it would almost certainly be the end of May's career and Britain would plunge again into political chaos.While the British government and media have taken the Brexit deal as a breakthrough, EU officials have urged caution, pointing to the long political process that lies ahead.The Cabinet meeting, scheduled for after Prime Minister's questions, will coincide with a gathering of ambassadors from the other 27 EU member nations in Brussels, who will also discuss the draft deal. 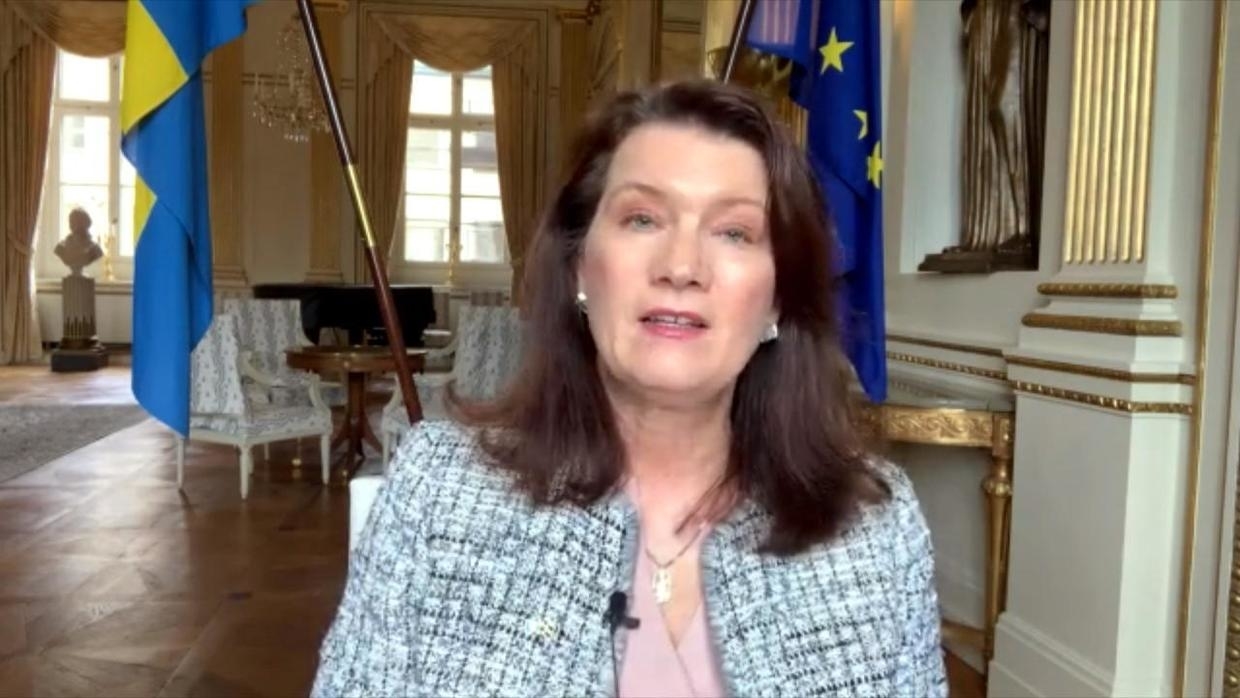 Covid-19: ‘We don’t have a strategy of herd immunity,’ Swedish FM tells FRANCE 24