“We had a long talk,” Biden said of his tea with the monarch, who he was surprised to discover resembled his mother.
Traveling across Europe for the past week, Biden found his reputation as a foreign policy wiseman preceded him — even at Windsor Castle, whose occupant has met her share of world leaders.
It was evident at nearly every stop along the way that after five months focused almost exclusively on pressing domestic concerns, Biden was at last in his comfort zone. He carried himself with a seasoned air of confidence that new presidents seldom possess, a fluidity on the world stage that was among his biggest calling cards in his race for the White House.
“I know we make foreign policy out to be this great, great skill, and somehow it’s sort of like a secret code,” Biden said. “All foreign policy is an extension of personal relationships. It’s the way human nature functions.”
Yet his premise will be tested in the coming months of his presidency as the Biden doctrine comes into sharper view and the relationship he’s crafting with Putin and other world leaders develops. His decision to open a dialogue with his Russian adversary will be subjected to considerable scrutiny, the outcome of which will help shape his presidency.
Biden ran for president on a promise to repair frayed alliances and a pledge to restore the United States to its standing in the world. He made clear that his optimism was not born out of naiveté — bristling at the notion of his confidence when it came to changing Putin’s conduct — but rather at the prospect of what can be achieved through democracy and diplomacy.
“This is not a kumbaya moment,” Biden said, reflecting on his talks with Putin. “But it’s clearly not in anybody’s interest — your country’s or mine — for us to be in a situation where it’s a new cold war.”

For the last week, as he jetted from the rocky outcroppings of coastal England to the glass hallways of NATO to the Swiss manor house where he met Putin, Biden slipped comfortably into a club of world leaders he’s long sought to join.
He was helped at most stops — perhaps not with Putin — by the deeply negative experience Europe had with his predecessor, who would leave almost anyone looking favorable by comparison to the leaders Biden met with overseas.
Yet even compared to his former boss, Barack Obama, Biden seemed to relish the hours of summit talks and pull-asides that most presidents eventually come to dread. The conversations with his European counterparts, where he was at the center of attention, seemed to hold far more appeal than the ones awaiting him back home with a divided Congress that has complicated his agenda.
He was nearly three hours late to a press conference in Brussels, swarmed by almost a dozen NATO heads-of-state eager to make his acquaintance. He held individual conversations with each of them.
“We have gotten a lot of business done on this trip,” Biden said, with an air of satisfaction at the early bonds he formed on the first international trip of his presidency.
The results of that particular brand of diplomacy were easier to detect during Biden’s stops at the G7 and NATO — where western leaders were eager to welcome him to their ranks — than with Putin, with whom he said he ran out of things to talk about after two hours.
The Russian president did have some blandly nice things to say about Biden afterward.
“President Biden is an experienced statesman,” Putin said through a translator at his hour-long press conference following their summit. “And in this, he is very different from President Trump.”
In reality, Biden’s meeting with Putin may have amounted to the least consequential encounter on his agenda in Europe this week. The ultimate outcome evolves more around the decisions that Putin chooses to make, but it will test whether Biden can do what eluded his four predecessors in the Oval Office and stabilize relations with Russia.
“We’re going to be able to look back, look ahead, and three to six months and say, ‘Did the things we agree to sit down and work out, did it work?'” Biden said. “That’s going to be the test. I am not sitting here saying because the president and I agreed we would do these things that all of a sudden it’s going to work.”

A heightened focus on China

At his earlier sessions, Biden forced China onto the agenda, even when his European interlocutors seemed resistant. Steering the conversation toward the rising threat of China may well be the most tangible outcome of the past week. While Russia presents a major threat to the United States, it is still China that Biden and his aides believe is a more serious adversary.
In heated talks at the G7, Biden grew forceful in his demands that the world’s democracies speak out against human rights abuses. He got pushback from some of the group, including the German chancellor and Italian prime minister, whose countries and economies are more intertwined with Beijing.
But eventually they signed onto a joint statement that called out China’s forced labor practices and agreed to an infrastructure initiative meant to rival Beijing’s Belt and Road, though without any specific financial commitments.
At NATO, China was mentioned in the final communiqué for the first time as the defense alliance grows increasingly wary that its military prowess could be challenged.
In theory, Biden’s thematic frame for his trip — democracy versus autocracy — could apply to Russia and China alike. But in reality, few US officials believe Putin’s stewardship of Russia provides an appealing alternative to democracy. The country no longer ranks in the world’s top 10 economies. Instead, relatively cheap ways of rattling the west — like election meddling and cyberwar — are causing relations with the United States to devolve to new lows.
It is China they are watching with bigger concern, as power becomes more centralized, human rights are ignored and military provocations grow.
“As I’ve told (Chinese President) Xi Jinping myself, I’m not looking for conflict,” Biden said of his Chinese counterpart, whose name came up during nearly every stop on his European tour. “Where we can cooperate, we’ll cooperate. Where we disagree, I’m going to state it frankly.”

It is telling that in his meeting with the Queen, the other leader she asked Biden about was Xi — who was not on his formal agenda at all this week.
That is likely to change the next time Biden goes abroad, which currently is expected in November for the Group of 20 summit in Rome (he could, in theory, add other trips before then). China is a member of the larger group, presenting an opportunity for Biden to meet Xi face-to-face.
Of all the world leaders Biden has encountered over the years — including those he encountered in Europe this week — Xi is the one he has spent most time with. When both were vice president of their respective nations, Biden was dispatched to get the temperature of a man widely expected to eventually run the country.
Biden is fond of recalling the thousands of miles they traveled together in those days. At the time, few in Washington expected Biden would also be in charge by the end of the decade.
Now that he is, Biden is bringing to bear the four decades he’s spent near — but not quite at — the center of American foreign relations, going on obscure congressional delegation trips or being sent by Obama to engage in unpleasant diplomacy.
But he’s also bringing a politician’s innate sense of appearances and optics, mindful that even repeating a message like “America is back” over and over — as he did this week — can sometimes be convincing enough.
As he departed Europe on Wednesday evening, Biden found he had more to say even after holding a lengthy press conference by his standards. Walking to reporters waiting by Air Force One, Biden initially offered an apology to CNN’s Kaitlan Collins, who he chastised for a question about Putin.
But he did not apologize for approaching the world pragmatically and openly. Instead, he described an approach rooted in offering his time and attention to leaders who, like him, are politicians at heart.
“I found it matters to almost every world leader — no matter where they’re from — how they’re perceived, their standing in the world,” Biden said before boarding his plane for Washington. “It matters to them.”
Tags
president Queen Elizabeth 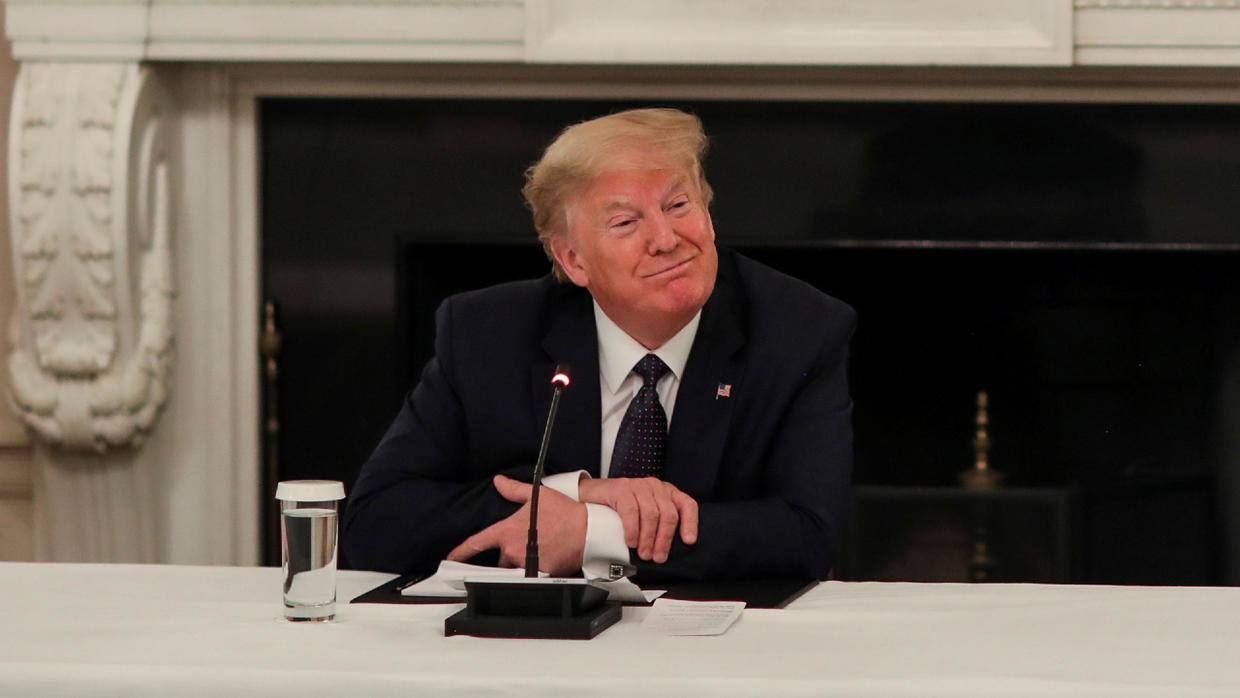 Trump says he is taking hydroxychloroquine to prevent coronavirus infection 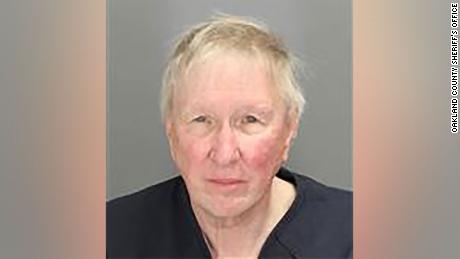