Azerbaijan and Armenia accused each other Saturday of new attacks, further indications that violence has escalated in the disputed Nagorno-Karabakh region in violation of a Russian-brokered truce that took effect a week ago.

Authorities in Azerbaijan said an Armenian missile attack on the city of Ganja killed at least 13 people and wounded 50 others in early hours of Saturday while Armenia accused Azerbaijan of more shelling.

Azerbaijan’s Defense Ministry said that the cities of Ganja and Mingachevir were hit with missiles fired from two locations in Armenia.

According to official sources in Azerbaijan, Saturday’s missile attacks destroyed at least 20 residential buildings in Ganja, the country’s second-largest city.

The Armenian defense ministry denied carrying out the strikes and accused Azerbaijan of continuing to shell populated areas in Nagorno-Karabakh, including its largest city, Stepanakert.

The Armenian foreign ministry said three civilians were injured in a fire resulting from Azerbaijan’s attacks.

The ongoing fighting between Azerbaijan and Armenia erupted Sept. 27 and has killed hundreds of people, marking the biggest escalation of the decades-old conflict over breakaway region of Nagorno-Karabakh since a 1994 cease-fire.

The predominantly ethnic Armenian territory declared its independence from Azerbaijan in 1991 during the collapse of the Soviet Union, sparking a war that claimed the lives of as many as 30,000 people before a 1994 cease-fire. However, that independence is not internationally recognized. 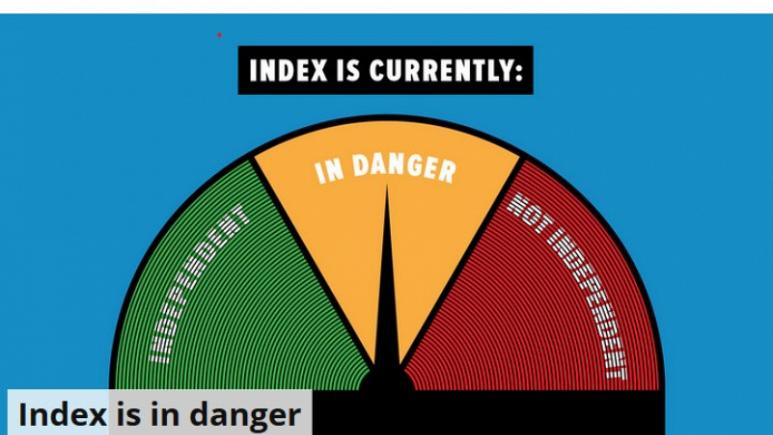 Erdogan’s gamble on snap elections in Turkey could backfire