At least four people have died and dozens are missing after strong winds and heavy downpours wreaked havoc in Malawi and Mozambique as Tropical Storm Ana made landfall on Monday.

Almost 16,000 people in the south of Malawi have been affected, according to the Red Cross, as search and rescue operations continue after the first cyclone of the region’s season. At least two people were killed and 66 injured in Mozambique on Monday and a further two people died on Tuesday in Malawi.

Felix Washon of the Malawi Red Cross Society said people were sheltering in schools-turned-evacuation centres as the organisation rushed to provide survivors with basic necessities, including shelter, food, kitchen utensils, water buckets and washing facilities such as toilets and clean water, adding that they are running short on supplies.

“The rains are still coming and the water levels are still rising, meaning more people are going to be affected. Roads are impassable and there are fears that some places might not be reachable,” he said.

Heavy flooding has forced the main hydropower supplier to shut down, and much of the country is still without electricity.

The Electricity Generation Company of Malawi said in a statement: “We are experiencing flash floods in the power station. As such, we have been forced to shut down some machines to protect the intake structure from damage.”

Eveness Masanjala, 47, who lives in Mulanje, southern Malawi, was forced to run with her children on Monday evening when water surrounded her house. Along with dozens of others, she is now being given shelter by neighbouring villagers.

“The water just came abruptly and I managed to grab my children and run,” she said. “I’m not sure what remains in the house as it’s submerged in the water. There is fertiliser, poultry, cash for farming and everything.”

“At the moment most hospitals don’t have power apart from those that depend on fuel. If you think of all the small health centres and small community hospitals – they completely don’t have any source of power. This is very dangerous because if you think of patients that need oxygen therapy, they cannot be assisted. Those babies born prematurely may not be in proper nursery care because there is no power. Drugs that have to be kept at a specific temperature may not be there. We’re not sure when this might end, but we might lose lives.”

The Malawi Department of Disaster Management Affairs said on Tuesday that the cyclone made landfall over Nampula province in Mozambique the day before, after crossing from Madagascar.

“Councils are conducting assessments to establish the extent of damage and assisting all those in need. Meanwhile, the department has deployed a search and rescue team,” said a statement by Charles Kalemba, Malawi’s commissioner for disaster management.

The Department of Climate Change and Meteorological Services advised Malawians to move to higher ground and avoid crossing flooded rivers and streams.

Southern African countries have been repeatedly struck by severe storms and cyclones in recent years, which experts say are worsening as waters warm due to the climate emergency.

Flights resume between Ethiopia and Eritrea 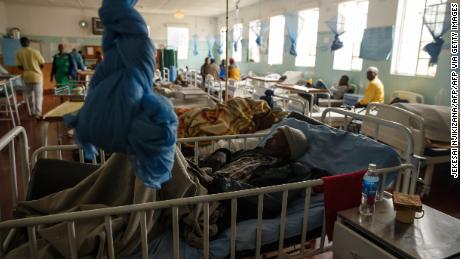 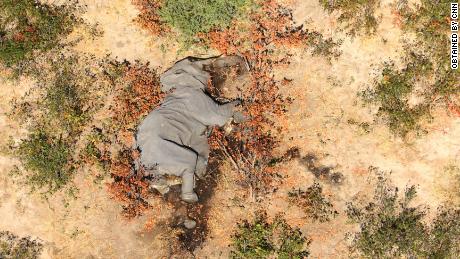 More than 360 elephants die in Botswana