Although the Shinkansen is commonly referred to as the “bullet train” in English, the Japanese name for Japans high-speed rail network, has no connection to high-speed projectiles (Shinkansen just translates to “New Trunk Line”). However, Japan does have its own bit of ballistic travel vocabulary in the form of the “dangan tour.”

Literally meaning “bullet tour,” to go on a dangan tour is to travel somewhere far away and pack as much fun as you can into a relatively short time in your destination, often returning home the same night (theres no requirement that you travel with a guide or a group to call your journey a dangan tour). For example, Japanese Twitter user @yako_FLPR3 recently went on a dangan tour of Kyoto and Nara, Japans former capitals which are halfway across the country from his current home in Tokyo. In total, he only spent 20 hours in the cities before he had to leave, but that was still enough time to take these jaw-dropping photos.

Both Kyoto and Nara are famous for their stunning fall foliage, and @yako_FLPR3 started the day at Ukimido. Located at the west end of Nara Park, Ukimido, the “Floating Pavilion,” sits in middle of a pond, and with the early morning sky reflecting off the smooth-as-a-mirror water, also looks like its floating in the clouds, especially if you arrive early enough in the morning to beat the crowds, like @yako_FLPR3 did.

Of course, no visit to Nara Park is complete without taking the time to see its famous herds of wild yet calm deer that roam freely throughout the grounds, and @yako_FLPR3 snapped a perfectly timed photo of two of the sacred Shinto messengers standing beyond a flurry of crimson maple leaves. 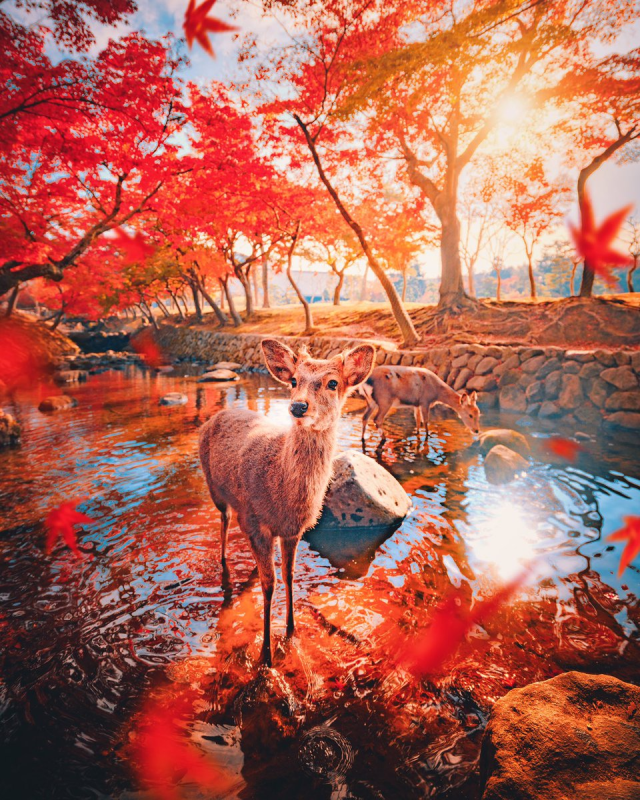 It's only about an hour by train from Nara to Kyoto, and the next stop was Toji Temple, a Buddhist temple founded in the eighth century with a stately five-story pagoda and elegant garden that belies its proximity to busy Kyoto Station, which is just a 15-minute walk away. 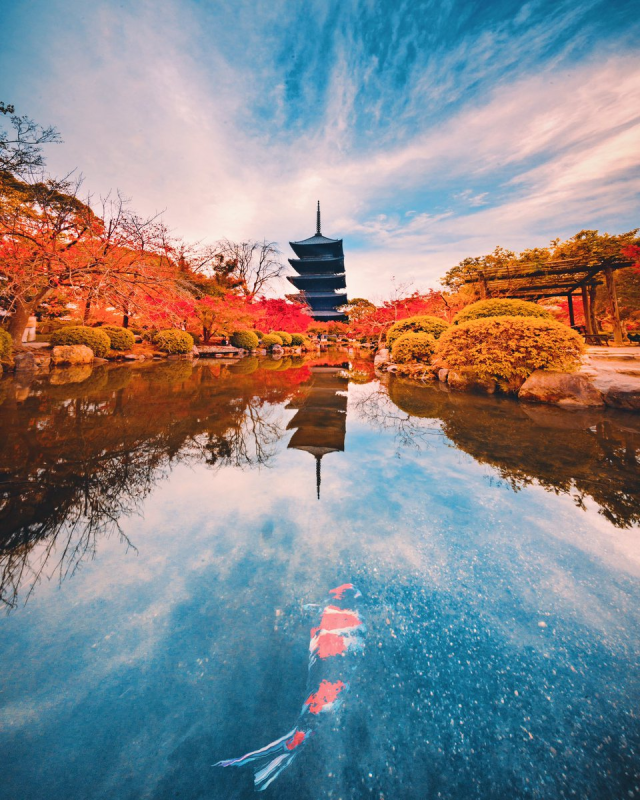 And last in @yako_FLPR3 dangan tour photo portfolio is this view of Daigoji, another place of worship for more than a thousand years, in Kyotos Fushimi City. 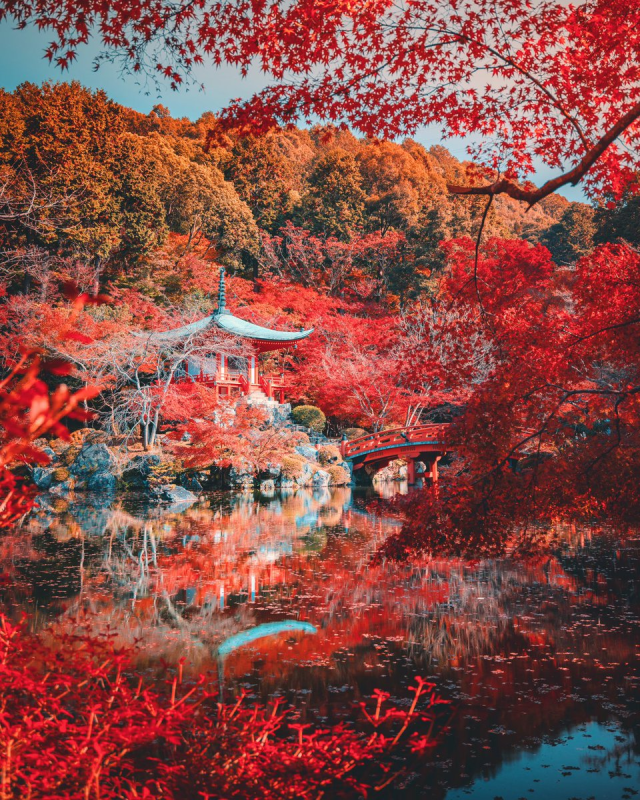 By definition, a dangan tour doesnt go on for very long, but we cant help but wish that @yako_FLPR3 had had more time in Nara and Kyoto in which to turn his lens towards even more of the cities world-famous architecture and scenery. On the bright side, though, the fact that he could produce such amazing photography in just one day has us already looking forward to his next bullet tour, and daydreaming about taking one of our own too.

— Kyoto treasures hidden by snow: You wont want to miss this beautiful temple【Photos】

A private onsen bath with a karaoke machine

Outrage erupts as woman strips NAKED in religious city of Jerusalem: ‘So disrespectful!’

9 onsen in Tohoku where men and women can bathe together

Cruise ship workers reveal what REALLY goes on at sea: Everyone is having sex