Failure to dismantle systemic racism in the country is holding back human rights progress.

The US administration of President Joe Biden has made slow progress on human rights in 2022, but bolder policies are needed to dismantle systemic racism, reverse setbacks on reproductive rights and tackle other pressing issues, Human Rights Watch said today in the 2023 edition of its World Report.

“The US government must address the critical human rights issues of the day,” said Tanya Greene, US program director at Human Rights Watch. “Leaders at all levels must address systemic racism, economic inequality, disenfranchisement, and restrictions on reproductive rights that expose people of color and other communities more vulnerable than never. »

In its 712-page World Report 2023, its 33rd edition, Human Rights Watch reviews rights practices in nearly 100 countries. In her introductory essay, Acting Executive Director Tirana Hassan explains that in a world where the balance of power has changed, it is no longer possible to rely on a small group of governments, mainly from the North, to defend human rights. . The global mobilization around Russia’s war in Ukraine reminds us of the extraordinary potential when governments fulfill their international human rights obligations. It is incumbent on all countries, large and small, to apply a human rights framework to their policies and then to work together to protect and promote these rights.

The Biden administration and Congress took a positive step to safeguard human rights in October by passing the Cut Inflation Act. This historic text, despite some shortcomings, advances the right to health and constitutes the most ambitious American action to date to respond to the climate crisis.

Yet political leaders have failed to take effective action to dismantle the systemic racism inherent in American society. The historic reduction in poverty that began in 2021 is being reversed, due to the federal government’s inability to renew the social protection efforts undertaken in the wake of the Covid-19 pandemic, such as the credit of tax for children, and to enact structural reforms to address persistent racial disparities in access to adequate health care, water, education, jobs and housing. The concentration of wealth among the top 1% is on the rise, as black, Latino and Native American households face poverty rates more than twice those of white households.

While government must invest to address a host of societal problems, many lawmakers have made unfounded or exaggerated claims about rising crime to justify increased spending on law enforcement at the expense of support services. Data shows ethnic minorities remain vastly overrepresented in prisons and police kill three times as many black people as white people per capita. Congress has failed to pass even the limited reforms proposed in the federal Justice in Policing Act.

American democratic institutions have failed to systematically protect the exercise of key fundamental rights, including the right to vote, threatened by racial discrimination. Nearly half of US states passed more than 30 laws in 2021 and 2022 that make it harder to vote. Likewise, the inability of judicial or legislative authorities to control the use of white supremacist rhetoric and racist policies by some politicians has further weakened American democratic institutions.

“The dangers posed by the failure of the U.S. government to address the pervasive legacy of colonialism and slavery, and to take real action to address the structures that perpetuate racism throughout American society are alarming and just keep getting worse,” Tanya Greene said. “Racial injustice violates the rights of millions of people living in the United States and poses an existential threat to American democracy. »

Despite increased public acknowledgment that many deep-rooted racial disparities stem from slavery, and with unprecedented support from Congress and reparations initiatives at the local and state levels, the administration and Congress have not even succeeded. create a commission to study the legacy of slavery and develop proposals for redress, Human Rights Watch said.

Systemic racism is also linked to draconian immigration policies, Human Rights Watch found. The Biden administration eventually ended the ‘Remain in Mexico’ program after forcing non-Mexicans to wait out their asylum hearings in dangerous Mexican cities, but continued to deport thousands of migrants at the southern border of the United States through undue restrictions by applying Title 42, in defiance of their right to seek asylum. In Texas, Governor Greg Abbott has targeted suspected migrants to arrest and incarcerate them under Operation Lone Star, a discriminatory and abusive $4 billion border policy.

While the pardons announced by Biden for citizens convicted of simple possession of marijuana in the federal system are progress, otherwise eligible noncitizens have not benefited.

The Supreme Court of the United States has repeatedly demonstrated its contempt for the protection of fundamental rights. In June, the court struck down the constitutional guarantee of access to abortion that had existed for almost 50 years; more than half of US states have since banned abortion or are about to do so. Structural racism in health care and other factors make abortion a form of reproductive health care that women of color need more than their white counterparts. Racism in the criminal legal system means they are most vulnerable to abortion bans and the criminalization of pregnancy – actions interpreted as harmful to a person’s pregnancy.

In addition to undermining the constitutional right to privacy, the overturning of Roe v. Wade has also threatened LGBT parental rights, same-sex marriage, and consensual same-sex behavior. State lawmakers have introduced more than 150 bills that threaten the rights and health of transgender people, especially transgender children.

Covid-19 claimed thousands of lives, especially people from marginalized groups, and more than 230,000 died of this disease in the United States in 2022. The statements of Mr. Biden, who notably asserted in September that the pandemic was “over”, reflect the continued inconsistency of the US response to the pandemic.

Stripped of Democratic control of both houses of Congress, Biden will need to take stronger action to address racial and economic inequality exacerbated by inflation and climate change and create a federal reparations commission, Human Rights has recommended. RightsWatch. Authorities at all levels should end abusive law enforcement and border control policies, protect reproductive rights and safeguard individual rights.

This article is originally published on hrw.org 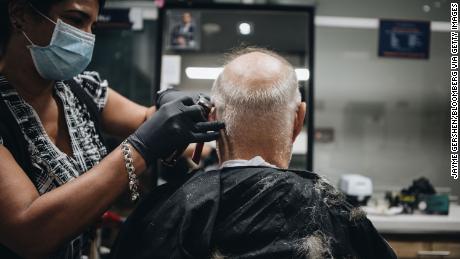