'QAnon only hurts people. It has helped nobody.'

QAnon is a virtual cult that began in late 2017.The most basic QAnon belief casts President Trump as the hero in a fight against the "deep state" and a sinister cabal of Democratic politicians and celebrities who abuse children. And it features an anonymous government insider called "Q" who purportedly shares secret information about that fight via cryptic online posts. Travis View is a conspiracy theory researcher who co-hosts the podcast "QAnon Anonymous."The theory's believers "always fantasize that they are saving children and they're bringing criminals to justice," View says. "But QAnon only hurts people. It has helped nobody."There aren't solid estimates for the number of QAnon followers worldwide, but it's clear their ranks are growing. A CNN investigation reviewed QAnon-related Facebook pages and groups based only outside the US and found a total of at least 12.8 million interactions between the beginning of the year and the last week of September. 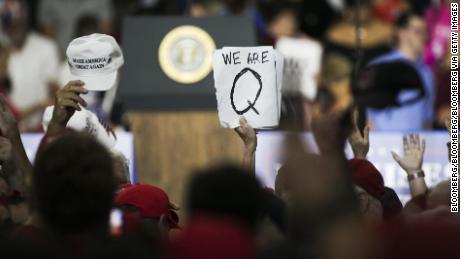 Lisa Kaplan and Cindy Otis lead Alethea Group, a company that tracks disinformation to protect its clients' brands. They followed false claims that Wayfair was complicit in a child exploitation plot as they spread from havens for QAnon to the mainstream in the summer of 2020."There's not sort of, one sort of set doctrine or belief system," Otis said. "But a lot of it goes down to what goes viral and what doesn't." Like many previous conspiracy theory groups, QAnon has become as much about community as its actual theory. The result is a convoluted and ever-changing web of beliefs which branch off from the central worldview. In this case, that includes things like members of the supposed cabal also worshipping Satan, and JFK Jr. having faked his 1999 death in a plane crash to escape the deep state plotters. QAnon has also started assimilating unrelated conspiracy theories, including false ideas about the supposedly dangerous nature of 5G infrastructure and the false, dangerous notion that the Covid-19 pandemic is a ploy to monitor private citizens.Since there's no leadership or structure to QAnon, its supporters incorporate existing conspiracy theories and develop new ones. QAnon "really does take on a life of its own, which can, in fact make it a more significant threat," Kaplan said.

'A car crash you can't look away from'

Jadeja, the former QAnon believer, is Australian. But he said he's always been interested in American politics. He spent time studying in the US, living in Queens, New York. His nationality is a testament to the fact that QAnon has spread well beyond the United States. "If you'd look in Australian politics, it's boring by comparison," Jadeja said. "American politics, it's like, it's like a car crash you can't look away from."During the 2016 US presidential election, Jadeja said, he was drawn to then-candidate Bernie Sanders. He liked what Sanders had to say about inequality and his "anti-establishment sentiment." But then Trump won. "That kind of really kicked it all off for me," Jadeja said. 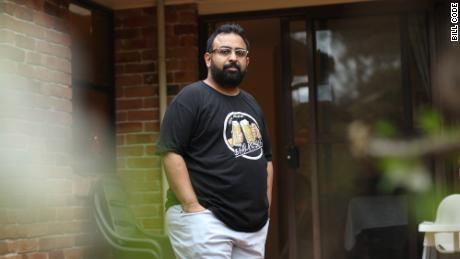 It felt to him like the world was shocked by Trump's win. How had seemingly no one seen it coming? And most importantly, who had? "I kind of switched off from all mainstream media," Jadeja said. That's when he began listening to conspiracy theorist Alex Jones and reading Infowars, which exposed him to QAnon theories for the first time. By December 2017, he identified as a Q follower. Around this period, Jadeja said he was in the midst of a 15 year struggle to finish his degree. He'd pulled away from friends and become socially isolated. "I just felt completely overwhelmed… I was probably in a deep depression I think when I found Q," he says. Once Jadeja found QAnon he was quickly sucked in. He would spend time on websites that aggregated posts supposedly from Q, which often first appear on darker corners of the internet like 8kun. Then he'd move on to read the interpretations of those posts from other believers. These interpretations are popular among the QAnon community because posts from "Q" are often so vague that they can be read in any number of ways. The tactic tends to lure in supporters the way fraudulent psychics can — there's little solid information given, so almost anything can be taken as confirmation of a pronouncement by "Q.""There'd be a lot of Youtube and Reddit mini-celebrities within the community that would be like the anointed decrypter for that point in time," Jadeja noted.QAnon was all he wanted to talk about. That made life offline increasingly difficult for him, and he pulled away from friends. "No one believes you. No one wants to talk to you about it. … You get all angsty and crabby and whatnot. [S]uch shouting, irrational, you sound like the homeless guy on the street yelling about Judgment Day," Jadeja said. One of the few people in his regular life with whom he was able to talk with about his newfound interest with was his father. "We used to talk about it a lot. We used to only talk about it with each other. We show each other things like, did you see that? Did you see that?" Jadeja said."I think superficially it did seem like [QAnon] gave me comfort," Jadeja said. "I didn't realize the nefarious kind of impact it was having on me because it was very insidious how it slowly disconnected me from reality."

Experts say that people often seek out conspiracy theories in times of crisis. "I think we tend to underestimate the extent to which these sorts of narratives are appealing," Alethea Group's Otis said, "especially when we're in a time of great stress and emotions are high."Otis noted that the 2016 US presidential election was one of those times for many people. Now the coronavirus pandemic means uncertainty and anxiety are once again at a high point."It's a very compelling narrative to say all of this is orchestrated," Otis said. "There's a cabal coming after you. They're trying to make your life miserable. You want an answer for why bad things are happening? Here they are." 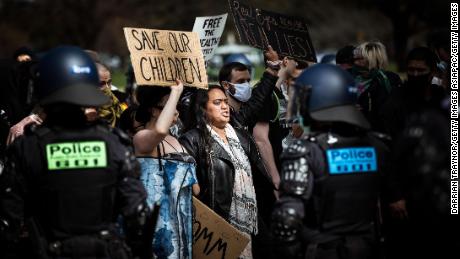 View, the conspiracy theory researcher, said QAnon preys on vulnerable people who in some cases might be suffering from mental health issues."I think it's a mistake to say that QAnon is a conspiracy theory, because this kind of makes it sound like Area 51 or Big Foot," he said. "It's a community of people that radicalizes them into a world view, that just essentially detaches them from reality."For Jadeja, the impulses he developed while he believed in QAnon are a source of shame. "I would have been so happy to see Hillary Clinton dragged in front of a military tribunal, even though she's a civilian," he said."That still bothers me to this day, how willing and happy and joyfully I would have reacted to something that I would normally want no part in… This is how you get good people to do bad things."In a May 2019 bulletin, the FBI warned that conspiracy theories like QAnon could "very likely" motivate criminal and sometimes violent activity in the US especially because of the reach and volume of conspiratorial content available online.

QAnon theories often start out on fringe internet forums like 8kun and 4chan, according to Alethea Group's Kaplan. But once a claim gains popularity there it can quickly catapult onto mainstream social media networks. "It becomes especially dangerous once these conspiracies go on to platforms like Twitter and Facebook, because it increases the breadth of the reach that these false conspiracies have," she said. Reddit banned a popular QAnon subreddit in 2018. In July 2020, Twitter said it had removed more than 7,000 QAnon-associated accounts. Last week, Facebook announced it would ban any pages, groups or Instagram accounts representing QAnon. And on Wednesday, YouTube joined the other platforms, saying it would prohibit conspiracy theory content that threatens or harasses an individual or group. It stopped short of banning QAnon and other dangerous theories completely. But the task of identifying and policing these kinds of accounts is massive. Facebook, for one, has previously made promises to ban certain groups or types of content in the past but enforcement has sometimes been slow or inconsistent."This isn't something that there's one solution that will, you know, remove this group from their platform for all eternity," Otis said. "It's going to be an ongoing and dynamic problem."View believes these actions may be too late. "This is a group who are very highly motivated, and they believe that they are fighting essentially an information war."After two years in the world of QAnon, Jadeja said, cracks began to form in his conviction. He believed Wikileaks founder Julian Assange had been instrumental in "exposing" Hillary Clinton and had helped win Trump the election. If Trump was trying to bring down the cabal, Jadeja wondered, how coRead More – Source 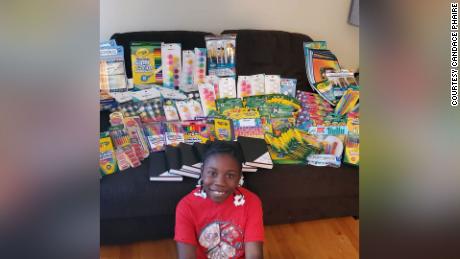 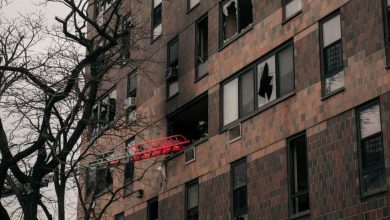 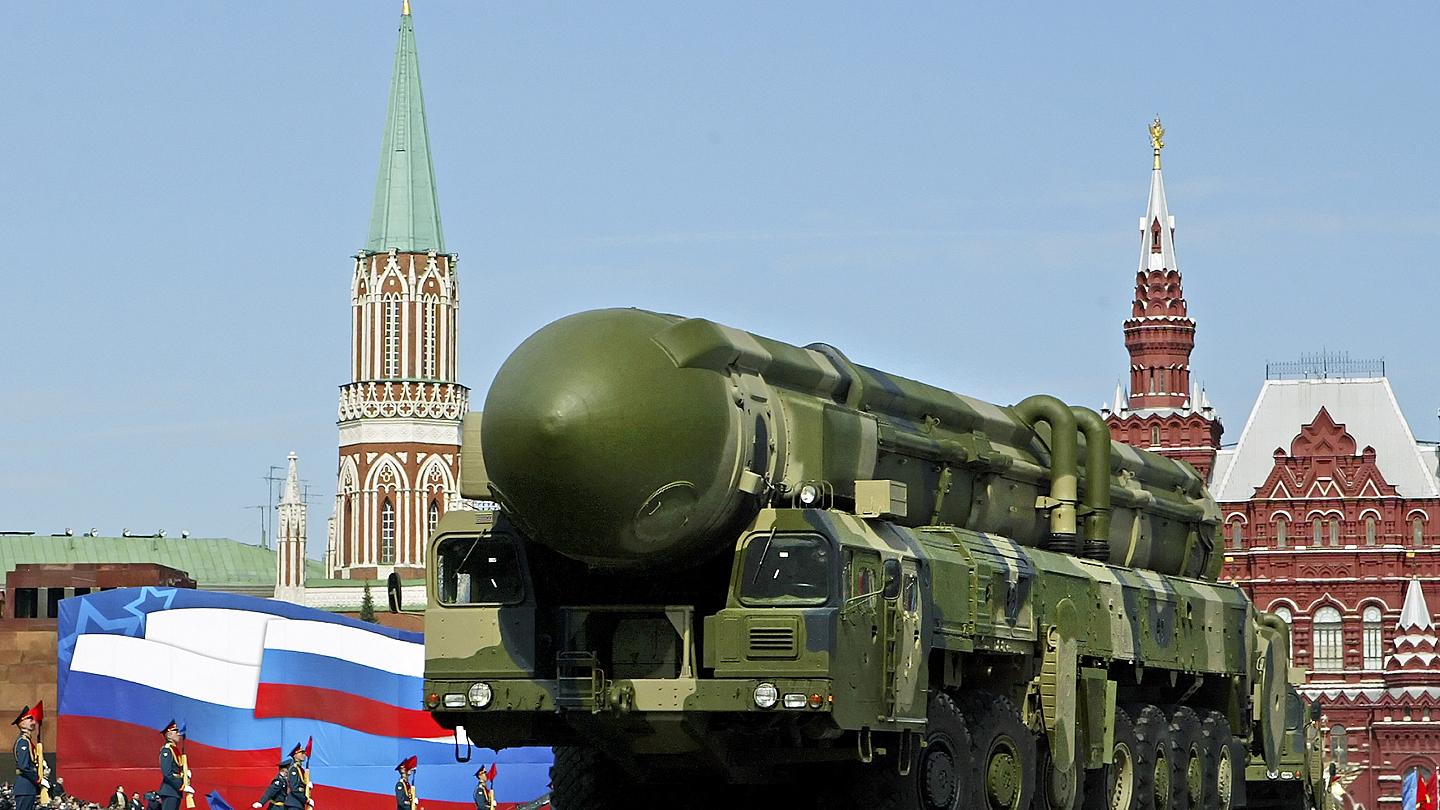