france24– Almost six years on from the November 13, 2015, terrorist attacks in Paris and suburban Saint-Denis, all eyes turn to the historic trial that begins Wednesday – a critical juncture at once for the accused jihadists and for the hundreds of victims longing for answers. But how does France as a whole now perceive the events of that grim night? Where does the remembrance effort that ensued from that collective trauma stand today? FRANCE 24 spoke with sociologist Laura Nattiez to learn more.

Nearly 1,800 plaintiffs, the more than 300 lawyers representing them, hundreds of journalists and 20 individuals accused – the sheer numbers involved speak to the historic nature of the trial over the November 2015 attacks. The deadliest attack perpetrated on French soil since World War II left 130 dead and hundreds injured that Friday night at the Bataclan concert hall, on Paris café terraces and at the Stade de France in Saint-Denis, north of the French capital. The next chapter, a trial scheduled to last nine months, is cause to explore the scars the attacks left on France’s collective consciousness.

FRANCE 24: Is the November 2015 attacks trial an important step in the individual and collective grieving process?

Sociologist Laura Nattiez: The trial is going to be extremely important, at once for the direct victims who lost a loved one and for French society at large. Symbolically, a trial is the moment for a nation to examine the facts, to acknowledge the guilty parties and, when applicable, to compensate the victims. One of the primary virtues of a trial is to situate the facts in order to understand exactly what happened. The trial over the (March 11, 2004) Madrid attacks in 2007 allowed the far-fetched versions of events to be swept aside. On the other hand, the September 11 attacks in New York, which were not subject to a trial, engendered more alternative theories that continue to circulate on social media. So it’s an important step for a society to stop to examine the facts and to acknowledge the culprits and the victims. It’s a crucial step as much at the individual level as it is at the societal level. The [Covid-19] pandemic has not allowed for a continuation of the ceremonies commemorating the attacks. But the victims seem less attached to those than they are to the trial. The victims’ loved ones expect a lot from it.

Six years on, are French people’s recollections of the November 13 attacks still as sharp as they once were?

Nattiez: Among all the attacks that have taken place since the first decade of this century, they’re the ones that left the deepest impression on the French, according to a study by the Crédoc [the Research Centre for the Study and Observation of Living Conditions]. Everyone actually can say what they were doing at the moment they learned of the attacks, which is evidence of the traumatic importance of events. That very strong imprint in French society is understandable. The high number of deaths and the intense media coverage are not the only reasons the attacks took root in the collective memory. Because the Nice truck attack [of 2016] was also very lethal, with 86 people killed. The [January 2015] Charlie Hebdo attacks also received a great deal of media attention. But the November 13 attacks left an even deeper mark on the collective memory because they were the first attacks perpetrated on French soil that struck blindly. Other attacks targeted journalists [Charlie Hebdo], Jewish people [Toulouse in 2012], military personnel [Montauban in 2012], police officers [Rambouillet in 2021, Magnanville in 2016, Paris on multiple occasions], and a teacher [Samuel Paty in 2020]. Terrorists struck symbols ahead of people. The fact of striking just anyone during the November 13 attacks provided an occasion for everyone to identify with the victims.

Inside the special courtroom built for the Paris 2015 attacks trial

But the collective memory has evolved. Over the years, it progressively forgot the terraces and the Stade de France to retain only the Bataclan. Indeed, people often refer to the Paris attacks a bit vaguely or to the Bataclan attacks. Several things explain those memory lapses. It was at the Bataclan that there were the most deaths but also the most accounts transcribing the event. It was also at the concert hall that the attack lasted the longest amount of time. It is however very important to restore the facts and to recall that it was a multi-location attack so that the victims on the terraces and the Stade de France are not forgotten. The trial will be, there too, an excellent occasion to go back to the facts in order to avoid distortions of memory.

Has the day-to-day behaviour of Parisians and French people in general changed since the attacks?

Nattiez: A few weeks after the attacks, Parisians obviously still harboured fear when they had to take the metro or enter a public place. Everyone was living in a stunned state. With time, the anxieties subsided. Still, one could say that a preoccupation remains: when they board a train or sit down at a café terrace or take part in a demonstration, Parisians surveyed for different studies say they always have their doubts concerning potential risks. Those kinds of thoughts didn’t exist before. They first appeared for Parisians after the November 13 attacks before spreading to the entire French population after the July 14, 2016, attacks in Nice – those attacks made the French aware that anywhere could be hit. And yet people surveyed also say they don’t take any precautions in particular. They continue to live as they had before.

There is obviously still a wide variety of perceptions. But if I just consider the most recent interviews I conducted with a number of victims in 2018, a real desire for social cohesion emerges. One could expect a withdrawal inwards but, on the contrary, the people who bore witness showed a real will to put up a united front, despite the fear and the pain. When asked, the witnesses also showed a very clear willingness to not fall into [the trap of] conflating Muslims with terrorists.

Although those victims clearly expressed their difficulties with living in Paris or in a big city after the attacks, the attacks did not provoke a massive desire among Parisians to leave the capital. It seems to me – and it’s only a hypothesis at this stage – that the pandemic and the lockdowns provoked more moves.

Indeed, it would be interesting to see whether the health crisis and the lockdowns provoked changes in the behaviour of Parisians and French people in general with regard to these thoughts on terrorism. It is very probable that the pandemic has also left a new mark on people’s consciousness, like a desire for lightness, to live more intensely. The new series of interviews that I am due to begin conducting in September should bring new elements of understanding. 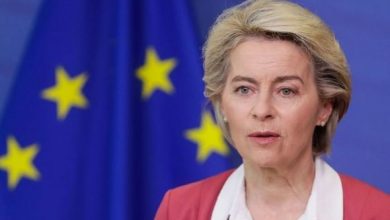