The impact of Carillion's collapse

A major British construction company is going into liquidation after failing to secure a financial lifeline.

Carillion(CIOIF), which employs 43,000 people around the world, said in a statement Monday that rescue talks with stakeholders including the British government had collapsed.

"We have been unable to secure the funding to support our business plan, and it is therefore with the deepest regret that we have arrived at this decision," Carillion Chairman Philip Green said in the statement.

Carillion, which has roughly 19,000 workers in Britain and 10,000 in Canada, has its roots in the construction business. Roughly three-quarters of its sales come from the U.K., where it has hundreds of contracts with the government.

Green said that the U.K. government would provide funds to keep the company's public services operational, including school lunches and prison management.

David Lidington, the top minister at the U.K. government's Cabinet Office, said in a written statement that his priority was to keep essential public services running.

"All [Carillion] employees should keep coming to work, you will continue to get paid," he said. "Staff that are engaged on public sector contracts still have important work to do."

Related: How the U.K. is failing on health care and hospitals

The company alerted investors last year that it was short of cash and would sell assets to raise money.

Lidington told the BBC on Monday that the government has been working on contingency plans since 2017 in preparation for a potential collapse.

He said that new government contracts awarded to Carillion were structured as joint ventures to ensure that that other partners would be able to step in to complete the necessary work.

But critics are unhappy that the government kept awarding contracts as the company floundered.

PricewaterhouseCoopers is overseeing the company's liquidation. The accountancy firm declined to comment. 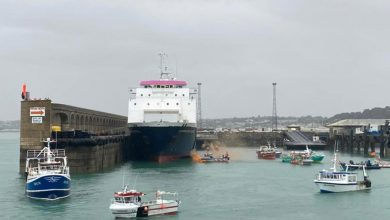