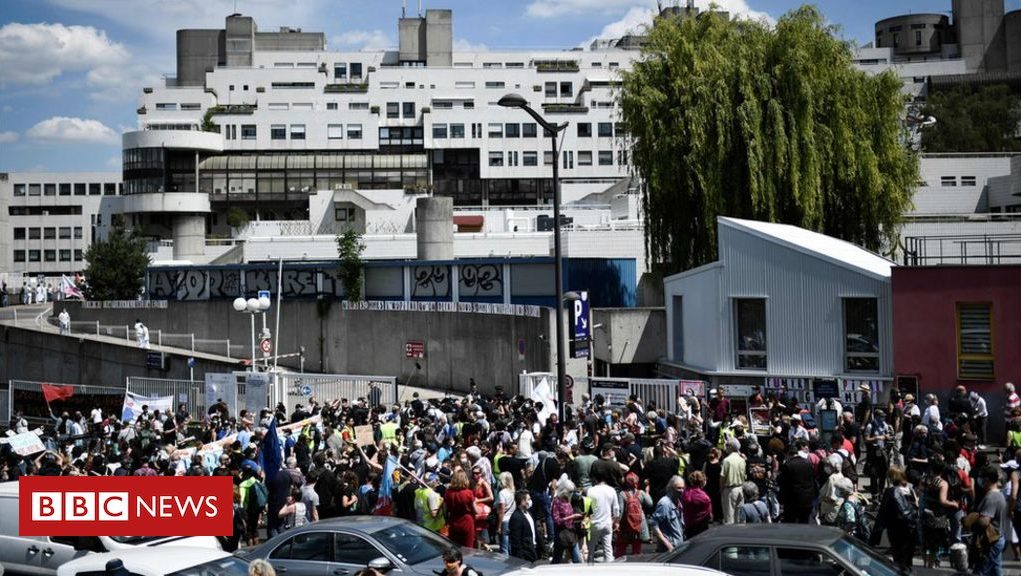 At least 50 healthcare workers were fined and three people arrested for a protest outside a hospital in Paris.

More than 400 doctors, nurses and ancillary staff wore scrubs and banged trays and pans to demand better funding for the hospital, which French media report is in financial difficulty.

The demonstrators were breaking social distancing rules, police have said.

Footage posted on social media shows large crowds banging on the doors of the hospital, while waving banners of support.

Robert Debré Hospital, in the north of the city, was already having financial problems before the coronavirus outbreak, local news outlet France Info reports.

However, the epidemic has further exposed the hospital's funding issues.

In speeches delivered at the protest, healthcare workers described being overworked, while describing their fear of catching and traRead More – Source