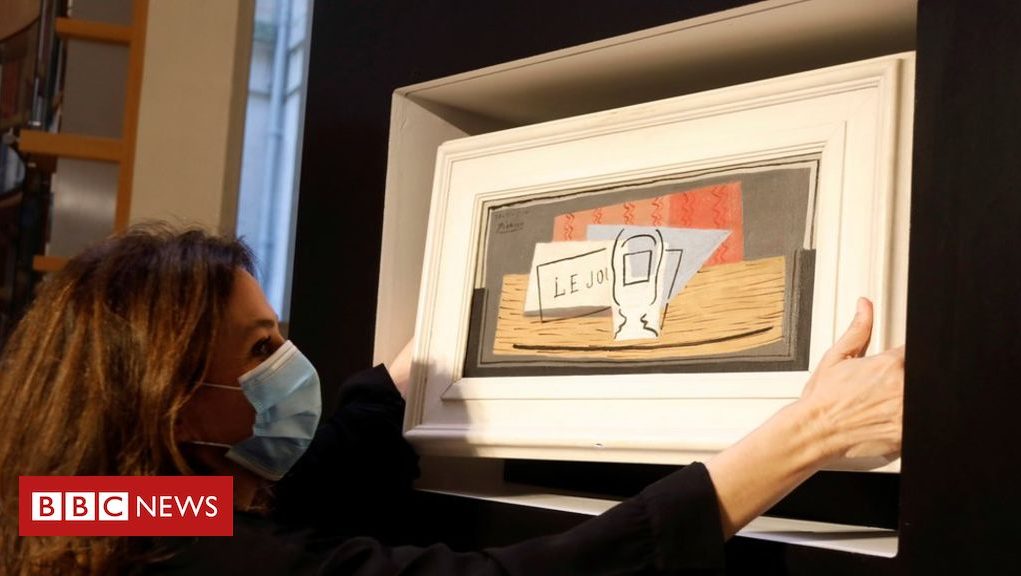 The winning ticket was pulled out during a live draw at Christie's auction house in Paris.

The event, which was fundraising for Care charity, had been postponed twice – first to sell more tickets, and then because of coronavirus restrictions.

The prize painting, Nature Morte, is a still life from 1921.

It is a relatively small artwork – measuring 9in by 18in (23cm by 46cm) – which shows a glass of absinthe and a newspaper on a table.

In total €5.1m was raised for the charity by selling 51,000 raffle tickets at €100 each. About 29% of the tickets were sold in France, followed by the US and Switzerland.

Organisers said that €4.2m of proceeds will go towards clean water projects in schools and villages in Madagascar, Morocco and Cameroon.

David Nahmad, the billionaire collector from Monaco who supplied the Picasso painting, will be given €900,000. He also donated €100,000 to Care, organisers said.

"Picasso would have loved an operation like this, bRead More – Source