A number of people have been killed in an attack on a Coptic Christian church south of Cairo, according to reports.

The incident took place when at least one gunman opened fire at a Coptic church in the Helwan district, reported Al-Ahram. The death toll currently stands at 10 people, with a further five injured, according to Egypt’s Health Ministry. Two police officers are thought to be among the dead.

Security sources told Egyptian newspaper Masrawy that two attackers were involved in the shooting at the Marmina Coptic Church Helwan.

A local news organization has shared graphic footage of a man lying bloodied in the road, who it claims is one of the attackers. 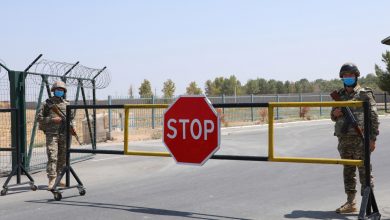