wp booster error:
The path /home/monacoweekly/public_html/wp-content/themes/Newsmag/single_template_5.php of the single_template_5 template not found. Did you disable a tagDiv plugin? US presidential candidate Joe Biden to meet George Floyd’s family in Houston - Monaco Weekly 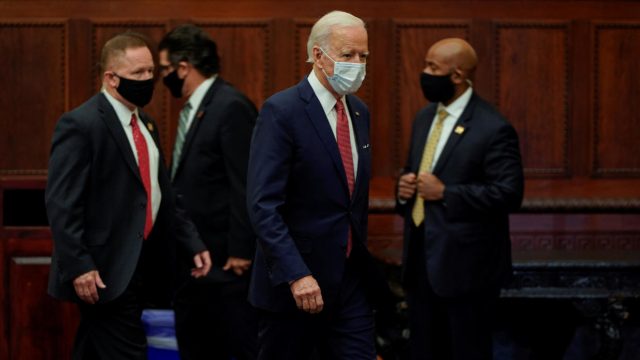 Biden is expected to offer his sympathies to Floyd's relatives and record a video message for the private funeral service scheduled to take place on Tuesday in Floyd's hometown of Houston, two aides said. He is not expected to attend the service to avoid any disruption to mourners that could be caused by his Secret Service protective detail.

A public viewing is scheduled for Monday in Houston as well.

Floyd, an unarmed black man, died on May 25 after a white Minneapolis police officer kneeled on the back of his neck for several minutes, even after he complained he could not breathe and appeared to lose consciousness. The incident was captured on video, setting off massive street demonstrations that have spread across the United States and around the world.

Biden has criticised President Donald Trump in recent days for his response to the protests, which have largely been peaceful but have occasionally led to violent clashes and property damage. Trump, a Republican, has called on authorities to cRead More – Source