wp booster error:
The path /home/monacoweekly/public_html/wp-content/themes/Newsmag/single_template_5.php of the single_template_5 template not found. Did you disable a tagDiv plugin? Trump signs order targeting undocumented immigrants in the US census - Monaco Weekly 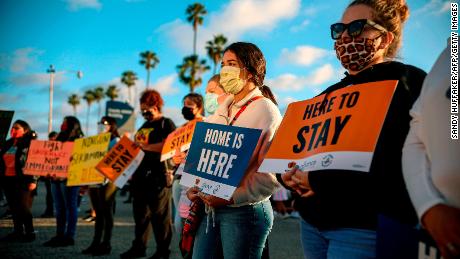 The memorandum marks the Trump administration's latest effort to change the way US populations are counted and advance the President's immigration agenda. And like previous efforts, the issue will end up in court. "I have accordingly determined that respect for the law and protection of the integrity of the democratic process warrant the exclusion of illegal aliens from the apportionment base, to the extent feasible and to the maximum extent of the President's discretion under the law," the order states.The American Civil Liberties Union plans to challenge the memo, Dale Ho, director of the ACLU's Voting Rights Project, said in a statement. "(Trump's) latest attempt to weaponize the census for an attack on immigrant communities will be found unconstitutional. We'll see him in court, and win, again," Ho said. Trump has long sought to use the US census as a way to advance his immigration priorities but the Supreme Court rejected an attempt to ask respondents if they are US citizens in 2019. The administration, however, is allowed to collect information on citizenship status by other means. And like the attempt to add the question onto the census, the memorandum marks yet another effort that would likely impact the balance of power in states and the House of Representatives, which are based on total population.The memo comes as the 2020 US census is still taking place. So far, Census.gov reports 62.2% of the country has responded to the census, which has been going on for months. Convincing immigrant communities to participate in the census has already been an uphill battle, and Trump's announcement threatens to deepen fears in communities where some were already wary of participating.Community organizations and immigrant advocacy groups across the country have spent months focused on outreach efforts to convince immigrants to participate in the census, regardless of their immigration status. Even though no citizenship question is on this year's census, advocates worried lingering fears over the question would deter immigrants from responding and lead to shortfalls in funding for schools, roads and other community projects.But on Tuesday, advocacy groups that have devoted resources to boosting census participation said they were ready to fight the administration's latest effort to influence the count."The Trump administration's action today is even more clearly unconstitutional, as they seek not just to chill participation from noncitizens, but literally to remove them from the final numbers," immigrant advocacy group CASA said in a statement. "CASA will again fight this in court and ensure that everyone is counted in the 2020 Census."The courts will likely have the final say. The Constitution says congressional representation is apportioned based on "the whole Number of free Persons," not only those who are American citizens."The legal problem is that the 14th Amendment says that representatives shall be apportioned among the several states according Read More – Source