Parts of the French Alps have been hit by the kind of snowfall that only comes once every 30 years. These images show ski resorts buried in the snow.

Schools, nurseries have been closed and roads cut off in the French Alps after the Savoie department was placed on red alert — the highest warning — for avalanches on Monday.

Near the French-Italian border, in Haute Maurienne and Haute Tarentaise snow levels reached up to 80-90 centimetres in just 24 hours with the "maximum intensity" of the snowfall hitting on Monday evening.

"We will have had 2.40 m of snow in 48 hours," said the mayor of Bonneval-sur-Arc Gabriel Blanc on BFMTV on Monday night.

The ski resorts of Tignes and Val d'Isere were in lockdown with the pistes closed until further notice.

The region remained on alert on Tuesday as it struggled to deal with the spell of snowfall that had an "unusually high intensity," according to national weather agency Meteo France.

Preventative releases of avalanches will be set in motion as soon as the helicopters can take off, local authorities have said.

This shot was taken at the ski resort of Bonneval sur Arc.

And the video below shows the snow plow teams trying to clear a path at the same resort.

These snaps were taken at the popular ski resorts of Tignes and Val d'Isere.

The weather here in Tignes has been crazy!! There’s been snow, rain & high winds. The mountain was shut down today, which hardly ever happens… but it’s still absolutely stunning. pic.twitter.com/TXD2IJHrAQ 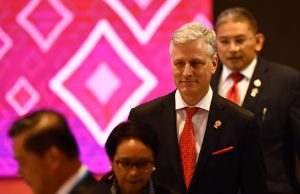